The action was successful.

Eastern Regional Libraries’ Digital Library first saw the light of day on the 15th June 2011 (the first eBook borrowed was an Australian title – “Love and Punishment” by Wendy Harmer). Since then we have had 29,593 unique users sign up to OverDrive and borrow 1,873,657 eBooks and eAudiobooks (at the current rate of borrowing the 2 millionth title will be borrowed sometime in Febuary 2020). These users have also placed 541,873 holds. The current holdings are 53,090 eBook titles and 57,284 copies plus 7,275 eAudiobook titles and 7,884 copies.

So for ERL the world before eBooks meant that we would purchase a paper book from our supplier which would then be catalogued and covered and put on our shelves for one member to come along and borrow. You would think that this model would change with the advent of eBook files and the fact that they could be transmitted to a vast number of eager members – unfortunately this is not the case. The 5 major publishers behind the book industry would much prefer to keep the ‘one copy/one user model’ in order to stay in business and maintain their profit margins. On top of this they often set the prices that libraries have to pay at 2 to 4 times the retail price of an eBook in the Kindle Store (or your other preferred eBook supplier). Below shows the additional restrictions they place on how their eBooks may be borrowed.

A couple of other publishers have imposed similar restrictions on their eAudiobooks – Simon & Schuster and Hachette eAudiobooks are now One copy/one user and Metred Access of 24 months.

What about those publishers who are not the Big 5?

There are several ‘traditional’ publishers who have not gone down the path of the Big 5 and who charge what in all respects is a fair price. A big shoutout to Text Publishing (an Australian company) who whilst following the One copy/one user model do not charge that much more for the eBook copy than what the library would pay for the paper book.

Smashwords are an alternative publisher who cover all of the self-published authors and titles that are beginning to proliferate. Pricing here is reasonably competititve – ranging from 99 cents up to $40 – and restrictions being mainly One copy/one user.

OK but why haven’t you purchased my recommendation?

This basically comes down to the budget. At the moment there are 2.5 million titles in OverDrive that can be suggested for purchase (2.7 million if we were an American library – 200,000 titles that we don’t have access to!). Out of a total materials budget of $2,041,000 for the Financial Year 2019/2020 ERL has nominated a budget of $350,000 to purchase all of the eBooks and eAudiobooks from OverDrive, RBDigital, Bolinda and Ulverscroft (the aggregators that we use).

In the last 12 months we have spent $239,788.03 on eBooks and eAudiobooks from OverDrive alone which has purchased 8,808 titles and 9,850 copies (we often need to purchase additional copies of a title in order to satisfy hold queues).

In the last 12 months we have had a total of 11,393 titles recommended for OverDrive in the Digital Library of which we have purchased 5,810 – just over half. This is on top of the titles that we are already purchasing for the Digital Library. If the budget was there we would obviously purchase more but the funds are not available.

(You are able to see how much of their budgets other Victorian Public Library services spend on their physical and digital items by going to the following website.
The Final Data Set for 2017/2018 Reports is the spreadsheet to download.)

Pricing – the whys and wherfores and WHYS???

Now on top of all this are the prices that the publishers impose on libraries to lease their titles. That is correct, we lease the titles from the publishers we do not own them. This explains why titles such as the Delia Owens eBook “Where the Crawdads Sing” has only 1 copy in our Digital Library but has 99 holds – the publishers removed the title from being purchased not long after we bought the first copy – as a result we were unable to get more copies to try and reduce the holds queue.

The following pricing schedule is just an example – not all publishers mark up as much as this but it is rapidly becoming the norm.

What do libraries want?

The latest decision by Macmillan to impose an embargo on their eBooks has prompted the American Library Association (ALA) to begin a campaign called #eBooksForAll.

Their FAQ page is worth perusing to find more information.

This from the ALA webpage:
Libraries want to fulfil their mission: to ensure that all people have access to the world’s knowledge through our nation’s libraries, regardless of format. Access to eBooks for libraries should neither be denied nor delayed by anyone. Period.

Why do you have 4 apps for the eAudiobooks?

This is due to the 4 different aggregator platforms tying up the rights to the content from different publishers. OverDrive (Libby app), Bolinda (BorrowBox app), Wavesound (RBDigital app) and Ulverscroft (uLibrary app) all have access to different authors and different titles. Despite being asked the question they are all loathe to sell their rights to the other companies – Bolinda, Wavesound and Ulverscroft are also publishers and create their own content. It would simplify things for the library and for our members if there were just the one app to cover all of the different content available but this is just a pipe dream at the moment.

“One app to rule them all, one app to find them,

One app to bring them all, and in the Digital Library bind them.” 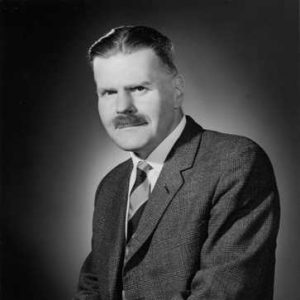